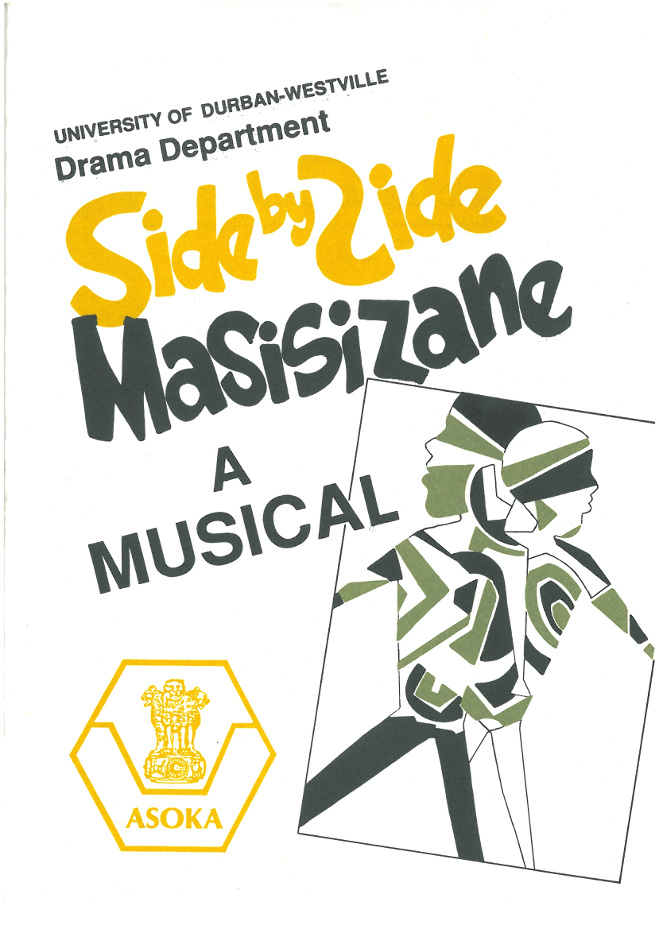 The recently created University Television (UTEL), a project of the University Teaching and Learning Office (UTLO) headed by experienced media director, Mr Jasper Cecil, was pivotal in preserving- for posterity – two iconic productions which played in the then vibrant Asoka Theatre at the former University of Durban-Westville (now UKZN).

Tapes of the shows were found by UTLO’s Professor Kriben Pillay in a cabinet after almost 30 years in storage. The tapes were about to reach a stage of being unusable due to mould.

The first production, Mr Bansi is Dead, dates back to November 1997 and is an adaptation by Pillay of the acclaimed South African play, Sizwe Bansi is Dead, by Athol Fugard, John Kani and Winston Ntshona. It featured theatre stalwart, Dr Satchu Annamalai, and the late Sherwin Christopher.

The second saved production is Side by Side Masisizane, which was the first original, full-length musical produced by the Department of Drama at UDW. Created by Merle Caminsky (director and choreography), the late Siva Devar of Isidingo fame (music) and Kriben Pillay (book and lyrics), Side by Side premiered on 9 May 1989 and was such a phenomenal hit during its 12-day run in August that year that it was decided to have another run later in the year.

The musical was ground-breaking in that it reflected on the changing racial demographics of UDW in the late 80s and on a society in transition from the deep-rooted ideology of apartheid.

A third version entitled: Coming Home, which told the story in the context of exiles returning home, premiered at the Standard Bank National Arts Festival in Grahamstown in 1993 as part of the main festival.

An off-shoot of this fortuitous preservation is that a revised version of the book: The Drama of South Africa by Professor Loren Kruger, who is based at the University of Chicago in the United States, will include a mention of the Mr Bansi is Dead production in its overview of the impact of the original Sizwe Bansi is Dead.

‘After creating a YouTube channel dedicated to the theatre works of the UDW Drama Department and the Asoka Theatre, there has been a phenomenal response to the material posted there which I hope will grow as we find more,’ said Pillay, who lectured in Drama at the former UDW for more than 14 years.

© University of KwaZulu-Natal: All Rights Reserved